along with the living years

as if he’s never existed,

for the pain is eternal,

one I’d not wish upon a foe.

If you have children,

pick one child from your flock

to be a ghost,

and if you have only one,

imagine that one a ghost.

Imagine a face alive only

in dreams and nightmares,

in a portrait upon a wall,

in a mirage in an elusive distance,

perhaps words from those who dare

to cite your loss.

never to see him walk through the door.

I live with massive voids

I don’t believe in Heaven or Hell

where we’ll see loved ones,

where we’ll gather for an endless party.

I could be wrong—

how I’d love to be wrong,

I wish to be wrong!

I’d give my life to see my son again

but it’s too much make-believe,

a fantasy, not reality.

I breathe and eat and sleep

and dream and weep and laugh,

I’m resigned to images on the wall

and ghosts at night

and a hollowness in my heart.

+++
C.A. MacKenzie is the author of the novel WOLVES DON’T KNOCK, a psychological drama/thriller, available from the author or at various retailers, including Amazon at https://www.amazon.com/Wolves-Dont-Knock-C-MacKenzie/dp/1927529387/.

Tagged as death, dying, ghost, living, loss of a child, loss of a son, poetry

The eleventh of every month
Brings a horrible reminder
Of your dreadful death,
Seven morphed to eight.

Every November eleventh
I’ve honoured the veterans,
I’ve stood at the cenotaph
To watch, listen, pray.

Today in my year of firsts
And every November eleventh,
I’ll not forget the veterans
And I’ll mourn again for you. 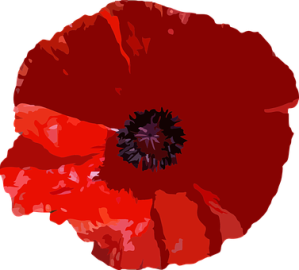 Tagged as death, dying, eight, eight months, grief, living, missing you so much, months, mourning, son, what else is there?

Welcome to the Spot Writers.

This month’s prompt: Think back on a memory when you were angry. REALLY angry. Now change the names of the people in the memory, the setting, everything familiar about it, and most importantly… the ending. Turn it into a memory that ends happily. Let all the writing wash your anger away.

The story that follows is by Cathy MacKenzie, who didn’t exactly follow the prompt. She was never REALLY angry…

I’d always hated how John discarded empty beer cans throughout the house and around the yard. Hubby was never too impressed either. When I found one, I’d mutter and moan, “Dratted John and his beer.” We’d find them out of sight in the weirdest locations: behind the television, beside an ornament, under the couch, as if he were a two-year-old hiding toys. But when he appeared in person, I’d forget to chastise him. Or perhaps my memory intentionally faded.

And then John died.

A horrid vehicular accident stole John’s life when a drunk driver in a Chevy Cavalier careened across the centre line into his 2009 Chevy Silverado. My son died in my arms at the hospital two hours after I received the dreaded phone call that every parent fears.

Later, in fitful sleep, I pondered the accident. John enjoyed a beer—or two (or more!)—after work and into the evening. He also cherished his truck. He’d never drink and drive. But what if he had? He could easily have caused such an accident if he weren’t so conscientious. And shouldn’t a truck survive a compact car?

And Incidents we have no control over.

I enjoy a beer—or two. Sometimes too early in the day. Was I becoming an alcoholic?

Between my gulps and tears, knives glared. Pills danced.

“I’m stronger than you,” I chanted. “I have other children. I have grandchildren. As hard as it is, I must live.”

Spring cleaning taunted me after Hubby carved his initials, RTG, in the dust on the coffee table: a subtle hint; he wouldn’t chastise me for my lack of cleaning, not when grief consumed me.

But inadequateness and guilt weighed on my soul, and I grabbed a rag and furniture polish. On my tippy toes, I stretched to the top shelf in the living room. I swiped the damp rag across the surface and encountered a foreign object. What was it? Afraid to knock something over, I retrieved the step stool from the pantry.

I positioned the stool. And reached.

Tears careened down my cheeks. My sweet boy. Gone before his time.

I once thought he stuck cans wherever convenient, too lazy to return to the kitchen. But no, he was simply impish. And after his death, I discovered he discarded empties at other homes, as well.

But only empties. This can was unopened.

Oh, dear sweet son, how I miss you.

In memory of my son Matt, who did leave beer cans everywhere—but only empties.